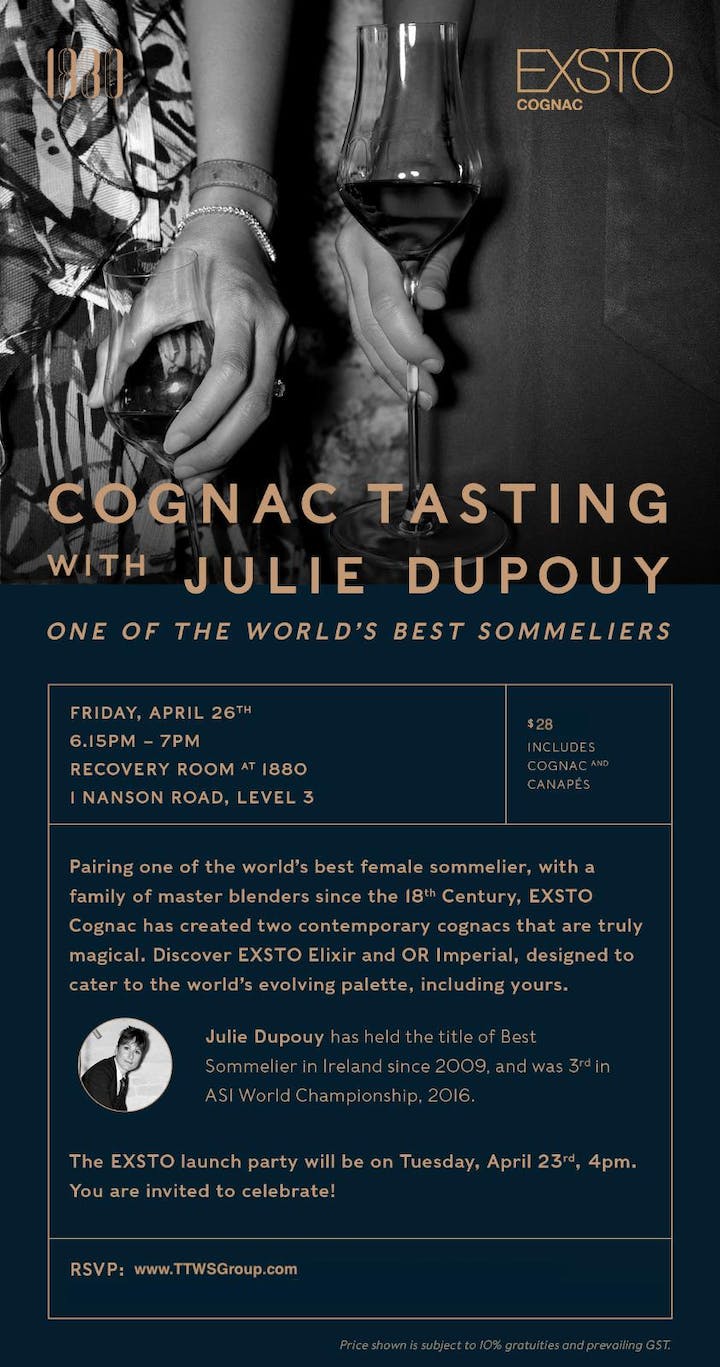 We are humbled to have Julie Dupouy host an exclusive EXSTO Cognac appreciation masterclass at the beautiful private members' club, 1880.

This hands-on, experiential masterclass will see guests learning to distinguish cognacs from other brown liquids, immerse in the aromas and nuances of Exsto Cognac, and discover how to appreciate cognacs with the right glassware and food pairings.

Julie will be pairing our 3 course meal with some selected wines and our exquisite EXSTO Cognac Elixir and OR Imperial.

Our fine dinner will be prepared by Chef Colin Buchan. Before helming the kitchen at1880, Colin was the Executive Chef at Jason Atherton’s Pollen, at Gardens by the Bay. He has worked in several Michelin-starred kitchens including Marco Pierre White’s L’Escargot and Andrew Fairlie’s One Devonshire Gardens, and was formerly private chef to David and Victoria Beckham. 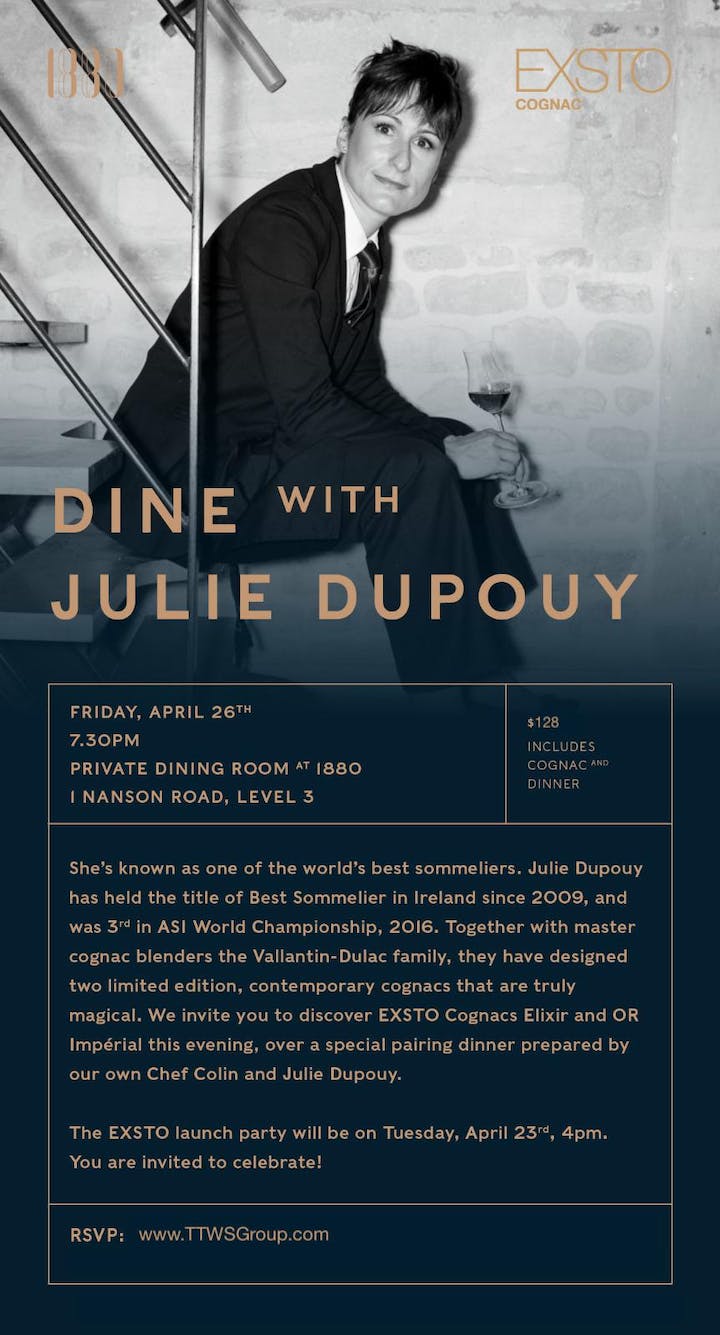 These eaux de vie were produced in the top three terroirs of the Cognac region: Grande-Champagne and Petite-Champagne, revered for their ultra-fine, floral characters, and Borderies, the smallest of the six crus, famed for producing rare, smooth and voluptuous eaux de vie with a delicate violet aroma.

Together with Géraud, Julie has created a vital, complex blend which expresses the nuances of each eaux-de vie while synergising their distinctive qualities.


See our other events